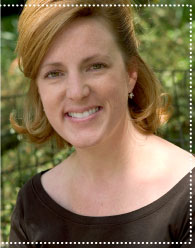 Whitney Johnson is the co-founder and president of Rose Park Advisors, an investment fund founded by Harvard Business School professor and New York Times bestselling author Clayton M. Christensen, the architect of disruptive innovation. Prior to co-founding Rose Park Advisors, Ms. Johnson was Merrill Lynch's Senior Telecom and Media analyst for Latin America. As a sell-side equity analyst, Ms. Johnson developed expertise in valuing publicly traded securities and in analyzing how management can create or destroy value. She was rated by Starmine as a superior stockpicker vis-á-vis her peers, and became an Institutional Investor all-star within a year of abecoming an analyst — an honor she was accorded for eight consecutive years.

Her specialty is Mexico where the stocks she followed accounted for roughly 40% of Mexico's market capitalization. In 2005, when Ms. Johnson left sell-side research, she had earned a coveted double-ranking in the Institutional Investor survey — #1 in Latin American media and #2 in Latin American telecoms — and was widely considered the axe on stocks under her coverage.

When she's not picking stocks, Whitney invests her time on an idea close to her heart: building communities that do good and do well. She is the creator of the Know Your Neighbor and Dare to Dream communities.

Whitney is married to Roger Johnson, and they are the parents of two children.